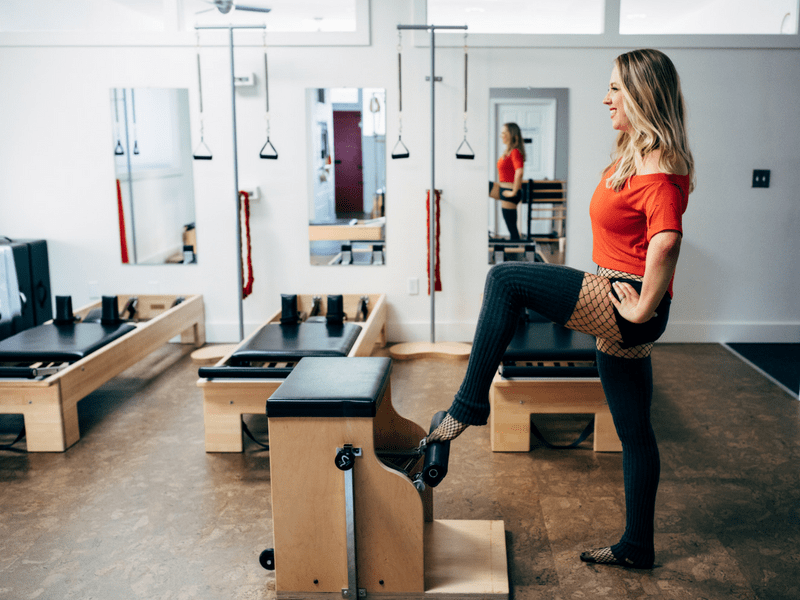 One of the biggest joint complaints I hear from people is knees. They hurt during running…and squatting…and lunging. They crack and creak. They’re one of the most commonly replaced joints in the US of A!

If the knees were a contestant on the bachelor, they’d be the first to be booted from the house #uglycryface #noroseforyou

It’s unfortunate, because while the knee is made out to be the bad guy, your knee hasn’t actually done anything wrong. More often, the knee is the victim to an underlying dysfunction from another part of the kinetic chain, which is why it pays to look at the bigger picture.

When it comes to knee health + alignment, there’s three things you should keep in mind…

When you consider lower body alignment, it’s worth noting that the knee is sandwiched between the foot and the hip and its alignment is heavily influenced by the alignment of both structures. There’s a more technical explanation, but in short, the knee doesn’t think for itself.

So if you have pain in your knee without acute trauma (for example an ACL tear after crashing while skiing) it’s usually because you’ve got something going on in the hip and/or the lower leg and foot.

On a related note, this is also why a “tight IT band” is associated with kneepain.

Oftentimes, the IT band is getting locked short to create external stability in place of the hip stabilizers (glute med, deep lateral rotators) that aren’t doing their job, but contrary to popular belief, you IT band is not the bad guy in kneepain.

2. You can use foam roller or stretching techniques to reduce tensional patterns around the knee.

Oftentimes stress is placed on the knee, because many of the muscles around the joint have been locked short or long, causing that area to feel achey and weird.

To reduce pulling on the knee and improve knee alignment, it can be helpful to target the following muscles using foam roller compression based techniques or dynamic stretches:

(and if you want a guide to foam rolling techniques, you can download that here!) 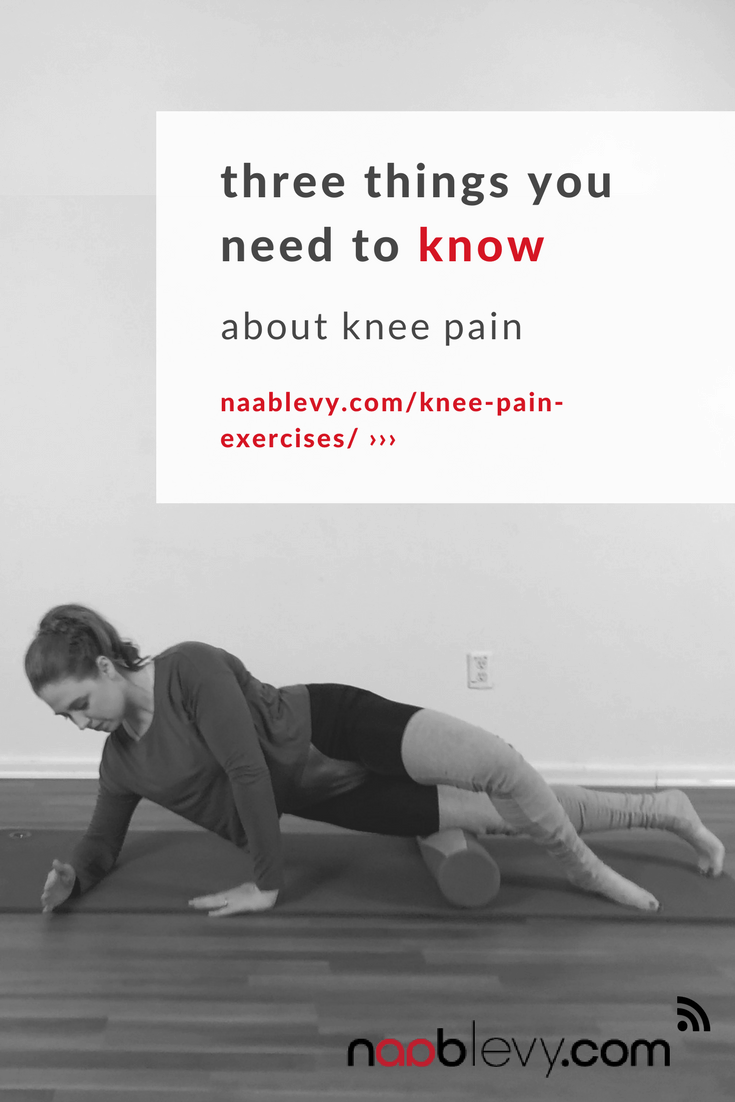 Again, this is oversimplified for readability, but there three key areas to consider when you’re trying to improve knee alignment (think knees falling in during a squat or knee pain to the inside or outside of the knee when lunging or running).

They’re the vastus medialis oblique (vmo), the lateral rotators of the hips, and the inner thighs.

The vmo is a smallish muscle located to the inside of the front of your thigh just above the knee that is a part of your quad muscles. It’s responsible for tracking the kneecap at the end range of knee extension (aka when you straighten yo’ leg!) and at 45 degrees.

A lot of the time when we have knee pain or poor knee alignment, we have vmo weakness – particularly during knee extension.

However, as I mentioned, the muscles of the hip are largely responsible for controlling how impact runs through the knee and foot as we move through space.

This means that we need a good balance between inner thigh and outer hip strength to support our knees.

It doesn’t hurt to target the vmo, but ultimately you want to to be doing exercises to balance and strengthen the muscles around the hip + leg.

With this in mind, I’ve created a video with exercises to promote knee health.

A couple are specific to the vmo. The others are looking more at kneealignment in relation to hip strength and globabl (larger) movements.

Check it out and give it a try the next time your knees and hips could use a little love.

It’s also a nice thing to do before running or heavier lifting as you’ll often experience less knee stress during excercise just from waking up these muscles!