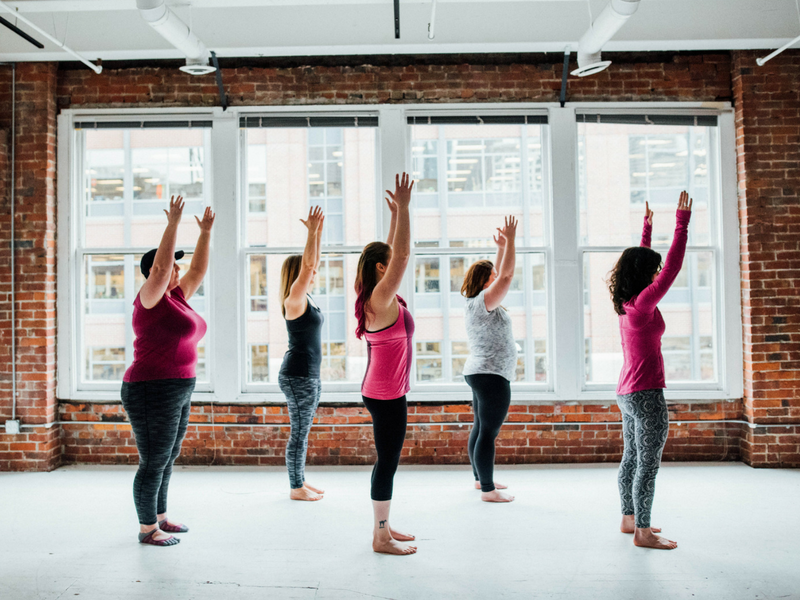 This past April a post went viral on Medium asking “Why are so many Pilates teachers out of shape?”

It had the tone that you would expect of something with that title. The author was bothered by the fact that there were a lot of Pilates teachers who by his definition looked out of shape. 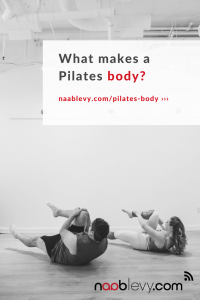 I don’t want to give his post too much attention other than to say than to say it made me realize that we as an industry need to have a conversation about this.

Because where one person wanted to know why there were so many “out of shape” teachers, my question was how can we encourage more self-acceptance, inclusivity and body diversity in an industry that has a history of being rather alienating to anyone who doesn’t have a stereotypical fitness body (aka thin and muscular, but not too thin or too muscular)?

And, to be perfectly honest, I took the article a little personally, because as far as I can tell, this person was talking about teachers like me, because despite my 10+ years teaching fitness, I don’t have a stereotypical “fitness” body.

I’m not saying this from a place of low self-esteem. Nor am I saying there is anything wrong with what I look like. All I’m saying is that while I’ve always been active, I’ve never been super lean.

There was a time when this bothered me, but it was a small aspect of a bigger emotional issue that manifested into a dysfunctional relationship with exercise that left me over trained, injured and in chronic pain.

Which brings me to Pilates.

I started as a gym rat obsessed with cardio and high impact, high intensity training. By the time I was 26, I was too hurt to do any of it anymore and I realized I couldn’t go into a gym without it triggering my worst tendencies to over exercise.

So I turned, or rather returned, to Pilates and for a while my personal practice was not very exciting. There were no cool backbends, splits or inversions. I spent a lot of time on deep core, hip and shoulder stability. This is to say, it looked like I was mostly breathing on a mat while subtly moving my legs and arms around.

But it worked. I was able to integrate the more advanced work and I wasn’t in pain. I returned to the gym and discovered I could have a positive relationship with load and higher intensity exercise.

When I went through this process, I wasn’t on some mission for body acceptance and throughout it all my physical appearance changed very little.

However, one day I realized I had reached a point of neutrality, if not positivity with myself and Pilates (plus therapy) played a significant role in redefining my relationship with my body and exercise.

So I find it troublesome when I read articles suggesting that instructors who look “out of shape” (someone please tell me what does that even mean?) or who can’t do as much, shouldn’t call themselves Pilates teachers.

In shape is at best a vague term, because fitness is multi-dimensional. Yes, it includes body composition, but it’s also your flexibility, strength, endurance and motor control.

You can’t judge fitness by looking at someone. This is inherently biased, given that we as a society will judge someone for being overweight, but will care very little about other factors of fitness we can’t “see” likes someone’s hamstring length.

Nor can you judge someone’s knowledge base or ability to teach by their physical capabilities. When I was injured, I taught clients exercises I wasn’t practicing all the time, because what wasn’t appropriate for my body was still beneficial for someone with a different set of strengths and challenges.

Beyond that, fitness and more specifically Pilates, has benefits that go far beyond long, lean muscles and weight loss. It meets you where you’re at and teaches you strength. It gives you mobility and balance. It relieves mental stress.

If given a choice to be at ease in your body or be thin, which would you say is more important? What would bring you more happiness and allow you to do more and in turn be more fulfilled? I know some people would say thinness, but as someone who has experienced chronic pain, I don’t think thinness is the solution to our problems.

This isn’t to say that aesthetic goals or wanting to be ripped or thin is bad. It’s just that trying to please people with how you look is a game you can’t win. Someone will always have something negative to say and all too often, I see instructors and clients alike afraid to show up fully in the world or to try things, because of what they look like.

We’ve been sold this idea that our life can begin once we reach a certain weight. The industry is getting better, but all of you have to do is look at a mainstream ad to see some message about a “new you” next to an image of a super muscular person doing some impressive exercise.

Who’s to say that you can’t do what you want right now with the body you have? However, we don’t usually see this type of before and after, where we go from body hate and self-acceptance.

We see “average” and bigger bodies as before pictures and shredded bodies as after pictures and I wonder if that is one reason why we have a hard time picturing our after as more physical and emotional autonomy rather than an extreme physical transformation.

It’s time to change this, which is why I was inspired to create #ThisisPilates in conjunction with March MATness. I brought together a group of Pilates teachers with diverse backgrounds and bodies to take photos of the classical work.

Here’s what I love about these images.

They’re strong, powerful and they challenge the conventional stereotype that fitness is limited to one narrowly defined body type.

This post is a small teaser of what I’ll be sharing over the course of March. I’d love for you to join the conversation and share what Pilates represents and looks like for you, because where some might view diversity as weakness, I believe it only makes us stronger.