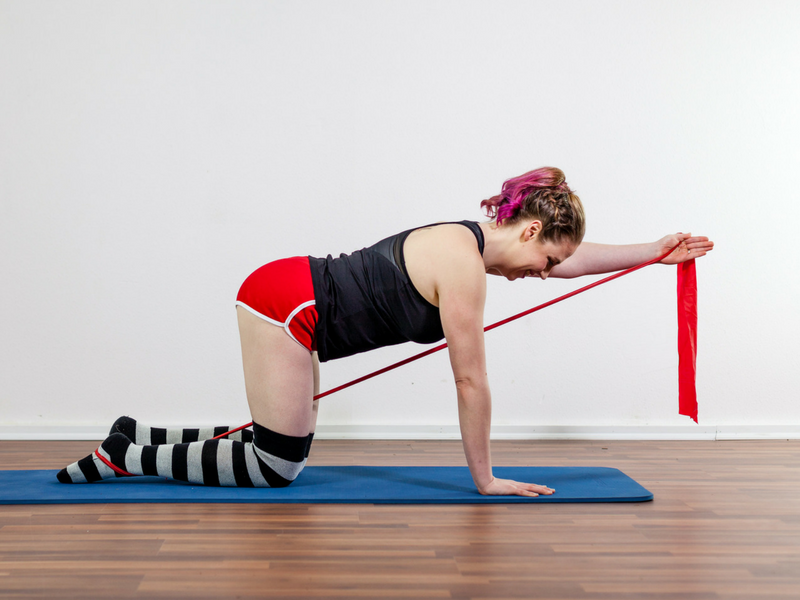 If you’ve spent 5 minutes in the gym…or on the internet, you’ve probably heard something about how core strength flattens your abs, protects your back and reduces back pain.

And this is mostly true, but it doesn’t quite work the way that a lot of us think.

For many folks the word core invokes visions of crunches and six packs, but on a functional level, it’s a little more sophisticated.

And understanding that bit of sophistication can be the difference between a strong, mobile, pain free body that lets you do lots of cool stuff or having to pop a nightly Advil + wine cocktail, because your back or neck is (perpetually) cranky.

So let’s break it down.

First, when you hear about how core strength helps reduce back pain, what people actually mean to say is core control.

Those terms sound alike, but here’s how they’re different + why it matters. 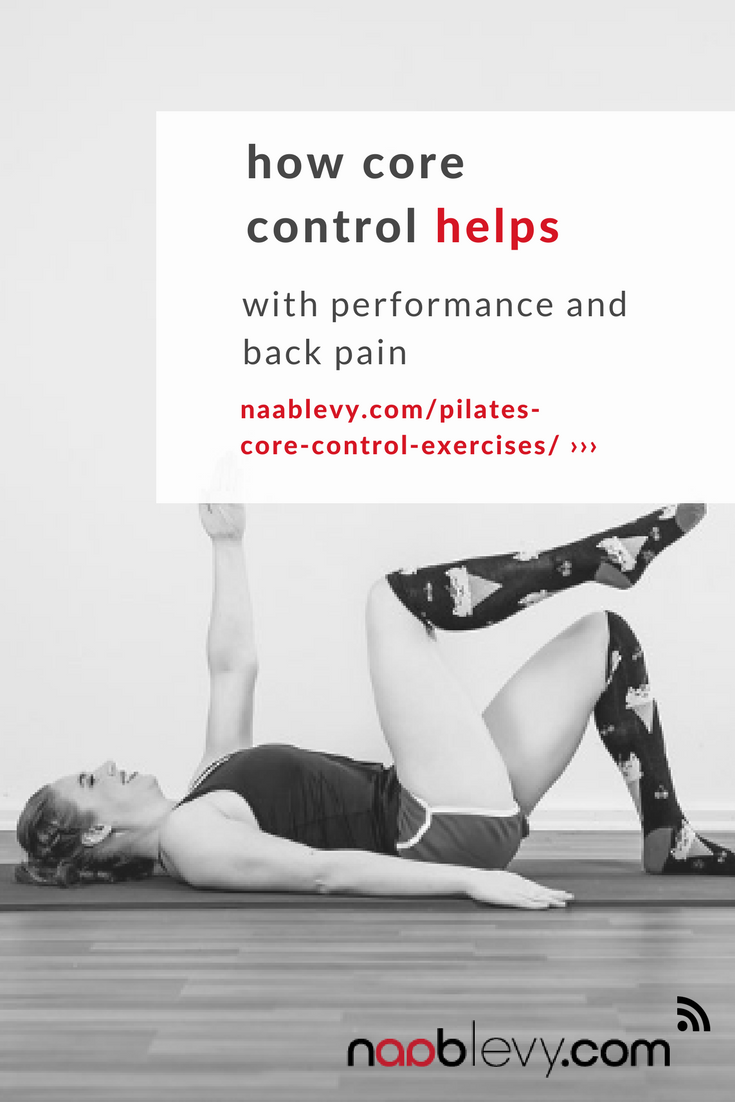 When you use the big muscles of your core to create spinal movement (e.g. crunches, v-ups, roll ups, bicycles, ect) or you do a global isometric hold like a plank, you are training core strength.

Core control is less about big mover muscle engagement and more about muscle timing and stability and it comes from being able to access the deeper, more intrinsic muscles of the core (often called stabilizers or the inner unit) to hold your spine in a neutral aligned position when you go to move.

Good alignment creates optimal length in the spine and minimizes compression of the lower back. Also, when the small muscles work well the big muscles don’t have to work so hard, which is why having core control can reduce back pain and improve your performance.

It makes you a more efficient mover!

A few examples of core control exercises would be toe taps where you hold the pelvis and ribs stable, heel slides or dead bugs.

…but don’t you need both?

Movement doesn’t exist in a vacuum, so it’s no surprise that core control and core strength work together.

If you’re squatting, ideally it’s a combination of core control that holds your spine in a neutral position and core strength that increases the spinal stiffness to support the load.

What gets some of us into trouble is that if you train for core strength (aka all those big exercises I mentioned) without having much core control, then you’re more likely to compress your lower back from either too much arching or rounding, which in the long run doesn’t feel very good.

So over course the solution is train for both, but before you go for the strength moves start with control. It’s the foundation for everything you do.

Then layer in all the big, fun stuff, because neutral is a point of departure for movement, not a 24/7 place to live, your spine is meant to move and that core strength thing is important too.

Oh and as a final incentive, core control means standing taller, which means your stomach looks flatter, so there’s that 😉

And if you needed a little more inspiration, I made a video that’s all about integrating core control through whole body movement.

If you have a back condition that doesn’t like flexion/rounding this one is also a nice one for you too, since the workout is flexion free. Same for my friends with stiff hips, because turns out core control also means better hip mobility!