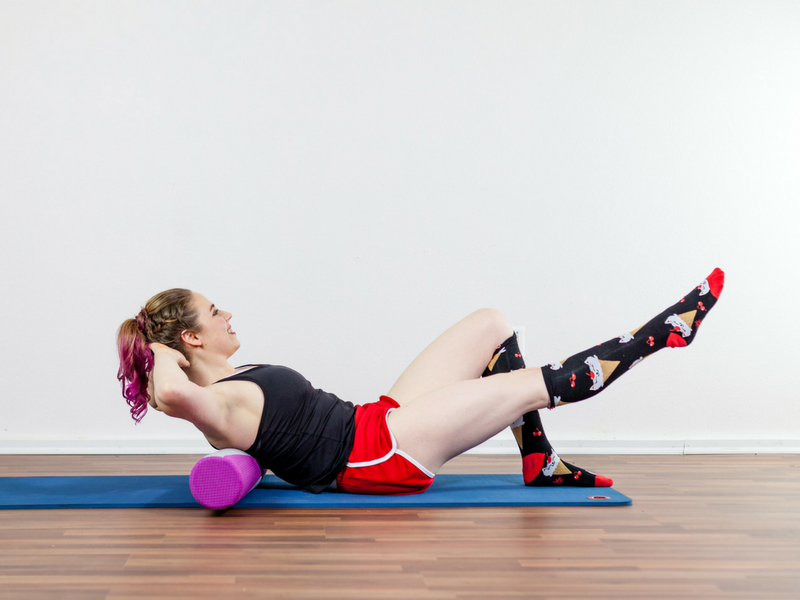 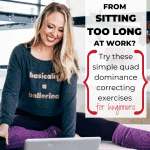 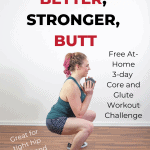 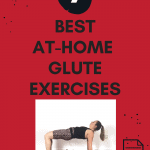 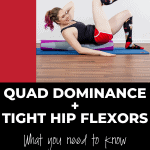 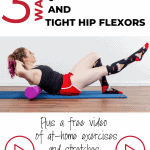 If your quads played Sportsball, they might be the MVP, because they try to do everrrrything – even when it isn’t their job.

So, let’s talk about this quad dominance thing.

First, when I say quad dominance, I’m referring to over recruitment of the quads + hip flexors during daily movements and exercises, which also means under recruitment of other muscles like the glutes, hip stabilizers and deep core.

If you’re not sure if that’s you, here’s what quad dominance feels like:

This isn’s to say that your quads and hip flexors are bad guys, because they’re not. They’re essential to functional movement and strength. It’s just that when they’re doing all the work, you end up with misalignment, muscular imbalance, and faulty movement patterning, which is correlated with injury and discomfort in the hips, knees and low back.

And I should also add that quad dominance super common, because even if you’re active, odds are you’re part of a sitting society and here’s what happens when you sit.

Your quads and hip flexors are locked short and your hamstrings and glutes disengage, so even when you get up to move or workout, you’re carrying that pattern into active life (and ironically I see it in folks who stand for work too, but for the opposite reason. We stand in a static position for too long, so we end up locking back in the knees and hanging out in the lower back).

What can you do to “fix” quad dominance?

I’ll start by saying that it’s not so much fixing anything as it creating workouts or movement programming that promotes better balance in the pelvis.

Personally, I like to go about this as a three step process (and if you don’t feel like reading the technical explanation you can scroll to the bottom for specific exercises):

Even with something as specific as quad dominance, the areas that you focus on can vary, because everyone has a unique tension pattern and sometimes things that feel tight are actually too long (I’ll save the why on that for another day).

That being said, here are some pretty safe bets.

If you tend to stand in a posterior tilt (aka butt tucked under with no low back curve):

If you have the opposite standing pelvic position and you’re too anteriorly tilted (aka butt out with a big low back curve):

When it doubt, just do a little foam rolling on everything (e.g. quads, glutes, hamstrings, shins and/or calves.

The beauty of compression techniques (aka foam rolling) is that it acts like a reset button for both too long and too short muscles, telling them to return to a more appropriate tone and length.

For most of us this means hip stability + glute strength. There are so many exercises you could do, but a few examples include bridging, side leg lifts, monster walks, donkey kicks or clamshells.

Bonus points if you can find a neutralish pelvis when you do these (aka you have a small low back curve present and your pubic bone and hip bones are in roughly the same line).

Additionally, you want to target your deep core. This can be gentle exercises like heel slides and dead bugs or bigger exercises that require more of the superficial muscles like the Pilates roll-up. In all of these, you will use your hip flexors to an extent. The challenge is seeing if you can get your deep core to fire too!

Want some exercises to promote glute strength and help balance out your quads?

Step 3: Integrate by doing exercises that works the stronger stuff with the weaker stuff

And if you wanted to see a sample version of that might look like as a 15(ish) minute routine, here you go!